My relationship with superhero movies has been on thin ice lately.  I loved the Dark Knight Trilogy and generally enjoy a lot of the MCU movies.  However, it feels like every superhero movie lately follows the same basic pattern and I’ve come down with a nasty bout of  superhero fatigue.  Captain America 3?  Follows the same ol pattern I saw in Avengers, Avengers 2, and Iron Man 3–lots of forced drama.  Doctor No?  How bout “no” more, please!   Batman vs Superman-Dawn of Justice?  A cinematic tour de force in how to be a steaming pile of poop that is about as coherent as my train of thought.  Creativity in the superhero genre has gone downhill.  Some of the lighter superhero movies have been great (Deadpool, Guardians of the Galaxy, Lego Batman).  But the serious superhero movies have become dreadful slogs for me.

So what were my expectations for Wonder Woman?  Lets just say I’d consider it a win if I didn’t doze off.  It was going to be extra tough too since DC had been crapping the bed for years now.   Wonder Woman had some serious pressure to show that DC knows how to make superhero movies again.

“So your mission is to make people forgive DC for the last three movies?  Impossible!”

So with my lowered expectations, I headed to this movie mostly concerned with not hurting my neck when I inevitably fell asleep.  And then, without warning, this movie engrossed me.  Like WTF man? I was expecting crap.  Instead I got a legitimately good movie that is my favorite superhero movie (along with the original Guardians of the Galaxy) since the first Avengers.

The biggest reason for this actually being a good movie is the character of Diana is given care and development.  Gone are the disjointed, nonsensical flashbacks to Clark Kent’s father calmly and nobly telling Superman to “talk to the hand” as a tornado bears down on him.  In this movie, we get time to see our protagonist grow and see the world from her naive point of view.  We learn about the Amazons and their plight and how Diana bristles against what is expected of her.  Plus it helps the movie that her character is not a dour sourpuss like Henry Cavill’s Superman, or a murderous sourpuss like Ben Affleck’s Batman.  I mean,  in what world are we living in where there are actual attempts to lighten the mood in a DC movie?  The montage of Diana being a fish out of water is hilarious, the scene of Diana and Steve Trevor (Chris Pine) sleeping on the boat is cute, and there were minimal scenes of existential brooding.  Its a total system shock to see characters in a DC movie having fun and Gal Gadot is utterly fantastic.

The first smile in a DC movie since Heath Ledger put some smiles on some faces.

Man of Steel and Dawn of Justice just tried to shove CGI action without any sort of nuance.  Wonder Woman, however, has a big action scene early on but its fairly down-to-earth (despite it taking place in a secret land and having kick-ass Amazonian woman jumping around like supernatural ninjas and killing Germans).  We get to know the characters, we get strong world building, and we really get into Diana’s head.  This helps ensure that I am fully invested  when the inevitable major action set pieces begin.  And boy howdy, I almost squealed in delight during the moment that Diana marches across No-Man’s land to that booming soundtrack (awesome score).  Gave me chills.  And it was all driven by the character work which made it all the more impactful.  No silly and illogical character beats here. 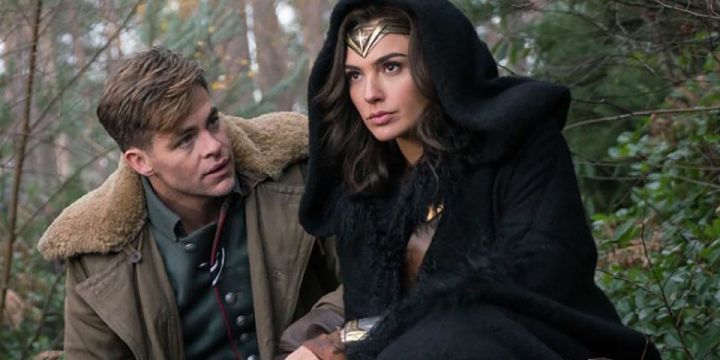 As you can probably tell, I thought this movie was great.  It kept me emotionally engaged throughout and I loved the two main characters.  Sure there were a couple issues.  The actual special effects were a bit weaker than I’d expect from a movie like this.  The script also makes a big deal about the motley crew of misfits who join up with Diana and Trevor and then barely does anything with them.  The villains are unmemorable (though sometimes it’s best to be unmemorable).

This guy was memorable.

Finally, the climax of the movie does devolve into too much CGI where gods are flying around and defying physics.  But thankfully, since the movie earned my trust thoroughly beforehand, I was willing to put up with it.

Am I ready to start watching superhero movies consistently again?  No, not quite yet.  I’ve been hurt one too many times.  But this is an awesome step in the right direction.  It had the right mix of humor and action and one hell of a performance from Gal Gadot.